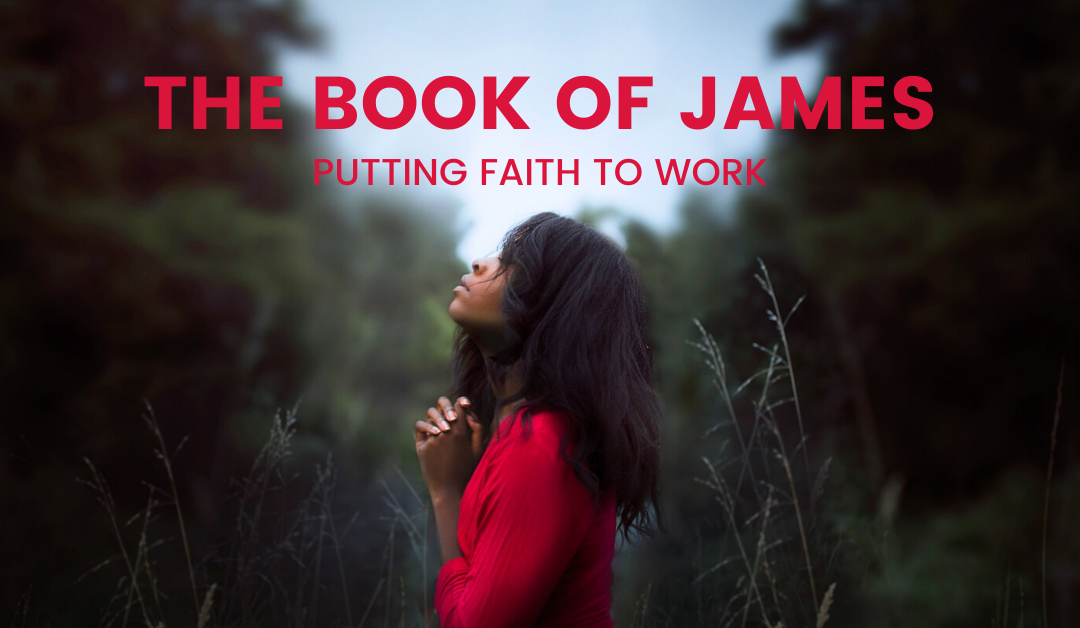 As we resume our study of the Book of James, a memory of the past flashed in my mind. Many years ago, the mothers of a certain denomination used to take pride in being “fruit inspectors.” They said their job was to see if those who claimed salvation were really born again. If they deemed your behavior was not appropriate for a Christian they would say you needed to go back on the mourner’s bench and cry out for salvation until the Mothers were satisfied that you were genuinely saved.

Your salvation could be questioned for the most mundane things. I was reported to the pastor for many things: wearing a dress with the sleeves out, shoes with toes out, wearing make-up, and walking proudly. Of course, they also taught not to drink, smoke or ‘ho or hang out with folk who do.

I did not believe there was any such ministry as “fruit inspectors.” I knew outward appearance did not prevent one from being born again because I was born again in Evangelist Russie Davis’s backyard wearing a jogging suit. She taught that if I believed in my heart and confess with my mouth Jesus as Savior I would be saved (Roman 10:9-10). So, I dismissed the mothers “fruit inspector” ministry as null and void.

However, the first time I read James 2:14, I was stunned: “What good is it, my brothers and sisters, if someone claims to have faith but has no deeds? Can such faith save them?”

My answer was a resounding, “Yes, your faith in Jesus is the only thing that can save you, not outward appearance!” But then James goes on to say,

“Suppose a brother or a sister is without clothes and daily food.  If one of you says to them, “Go in peace; keep warm and well fed,” but does nothing about their physical needs, what good is it? In the same way, faith by itself, if it is not accompanied by action, is dead” (verses15-17).

Next James said, “But someone will say, ‘You have faith; I have deeds.’ Show me your faith without deeds, and I will show you my faith by my deeds. You believe that there is one God. Good! Even the demons believe that—and shudder” (verses 18-19).

I became indignant! I confessed Jesus as Savior as the Bible said do. How dare James equate my faith in God to that of demons. Was he saying I wasn’t saved? Then James gives two examples to explain his point:

Example One – “You foolish person, do you want evidence that faith without deeds is useless?  Was not our father Abraham considered righteous for what he did when he offered his son Isaac on the altar?  You see that his faith and his actions were working together, and his faith was made complete by what he did.  And the scripture was fulfilled that says, “Abraham believed God, and it was credited to him as righteousness,” and he was called God’s friend.  You see that a person is considered righteous by what they do and not by faith alone” (verses 20-24).

Example Two – In the same way, was not even Rahab the prostitute considered righteous for what she did when she gave lodging to the spies and sent them off in a different direction?  As the body without the spirit is dead, so faith without deeds is dead (verses 25-26, underlining mine).

I could not dismiss James as easily as I had dismissed the fruit inspecting mothers of the church. After reading the entire Bible several times and teaching James many times I understand the following:

Questions: How often do you consider if God would be please with your words and deeds? Do your actions reveal you are a kingdom resident who has submitted her life to God?  Or do you believe that Sunday worship attendance fulfills your Christian duty?